These photos for Phoctober (HERE) brought to mind a poem by fellow blogger, John Ahearn, from his book Pomes, Younger and Older.
Hope you don't mind, John. 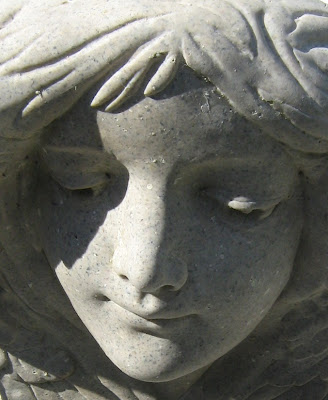 Carver loved her before she’d shed the last
eighth-inch of measured marble, when she
was still a blurred cousin of the plaster
posed in quarter-scale beside her knee.

Her left hand offered him the skylight,
her right the rubble scattered on the floor;
her gaze, declining from heroic height,
became an invitation to adore.

Smoke streaked the pointed frost-gray
as the edge searched out her real skin,
chirping the last layer of gauze away
to reveal the flawless being poised within.

Smoothed, she gloried in her Belgian black,
gleamed under the circular slow strokes
of pumice and oil, stood in herself, exact,
monumental, realized. And spoke:

“Get rid of that one there. Impertinent scut.”
Carver, mute, understood stone
for the first time as his heart slammed shut.
The creature didn’t know it was alone.

“And get this place cleaned up, you filthy man.
Get a haircut. Shave. Show some spark.”
Carver lay at her feet, beyond command.
She chittered like a grackle in the dark. 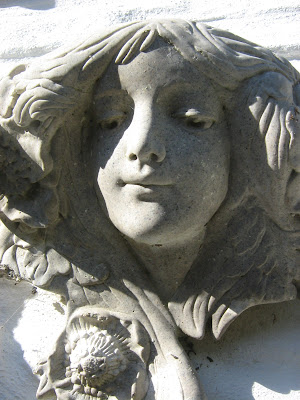 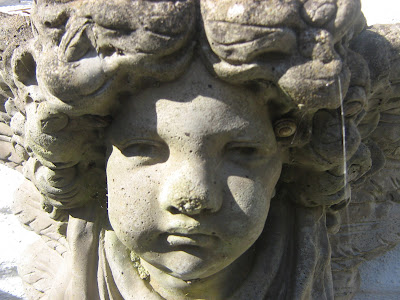 The Carver's words are as sharp as a chisel, Roberta, about time he sharpened it up again!

Go and give him a nudge, Vanilli, I think he's asleep!

time for a little mule kickin' road trip, i think ... (i've been practicing my kicks out back by the chikkin' coup) !!

here's to love incarnate and living a deliriously, glorious life!

A happy life is all I'm after, RDM, glad you are kicking up those attractive heels!

Thank you, Maht. I am doing me best with the Phoctober thing!