Has anyone seen my sense of humour? 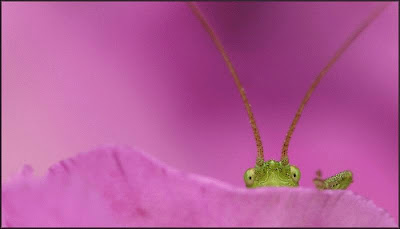 is that a pink or a purple haze, only I can't tell from this far away... me eyesight ain't wot it used to be

I think it arrived in an e mail yesterday attached to an online mail order company!

Or possibly it's gone to the planet of lost emails where it's reading through reams of ancient blah about events long past.

Pain's no laughing matter, eh? Packing the healing vibes into digi-wrap and sending them now.

This sounds dorky, but I saw a great programme the other night where people went along for "group laughing". Everyone got together in a room and just started doing forced laughs; they were all pretty rigid and grumpy before that. It was amazing that they were all seriously laughing, really laughing, within five minutes .. to the point of rolling around on the floor. Maybe you could try this. I did it the other day and it worked. I forced myself to laugh out loud ... the cat thought I was barking ... but it's true that I ended up REALLY Laughing spontaneously, and I felt better afterwards. It's something about tricking the sensors in the brain into thinking it should be releasing the happy chemicals. Magic in the science?

Yes, all right V, mails went everywhere but the right place yesterday. Anyway, you might like it - they sell nice shoes.

Babs and Debs, if you see it, send it home - it's needed.

You're right Shameless, absolutely dorky, but there is something in it. Children do it all the time to get their fix of endorphins.

And my bum is sore. Did I tell you?

debi nicked it and she's sorry

It's down the pub watching the football.

So Debi nicked it and took it down the pub to watch football?
That was nice of her and I'm sure it's grateful but will she bring it back at closing time - she will be really sorry if she doesn't?

And can I stop this stupid laughing now, Shameless? My neighbours are making phone calls.

Its bathing in the moon... Who can blame it?

I honestly thought yo were off for a few more tattoos by the way...

Hey Minx! I think I found your sense of humour in my inbox again.

Ah moonbathing, yes, later, when the moon is up, but before I have yet another ancient chinese tattoo. My accupuncturist delights in making my leg twitch when he hits the spot - "Oh look at that" he says as I scream from the ceiling!

Bugger, V, what's it doing there? Send it back and Debi can buy it a swift half before closing time.

That is a frog hiding in a flower, isn't it? Or is it an optical illusion?

Too cryptic for me. I give up!

I think my humours are coming back home - I can feel something other than the grumps!

Sorry Man in Pub (which pub? A good one?)- tis a long tale of misery and woe that led to my humour going awol.
In essence, I hurt my back, Debi stole my humour and took it to the pub. V's got mail but Cailleach can't see it through the pink haze and Meloney tried to help by playing football. Meanwhile I have a new acupuncture addiction to deal with, Shameless has gone mad laughing hysterically in the corner, Mutley is howling at the moon and a frog has got the better of all of us. Hope that cleared it up.

I believe I sort of found it hiding in the bottom of my suitcase, but as I have been far to lazy to unpack, it will have to wait until tomorrow.

Is is a dusty little nob of a thing, lighter than air and carrying a grin?

It must be yours. I don't have one.

Yep, 'nob of a thing' that sounds like it, but it's okay, Roberta. You can keep that one if you want it. I am making up a new one - heh.

Hope your trip cleared your pipes.

I hate pubs and have only been in 3 in the past year - one for a gig, one to meet Sharon J and one on holiday for a meal with the kids. (The veg lasagne was very nice, thank you.)

So how likely it is that I'd nick your SOH and take it down the pub?

Now if you were accusing me of curling up with it on my settee and passing it squares of chocolate ...

I knew it! Trying to seduce my sense of humour with chocolate, are you? Well, that'll work, it does with the rest of me.